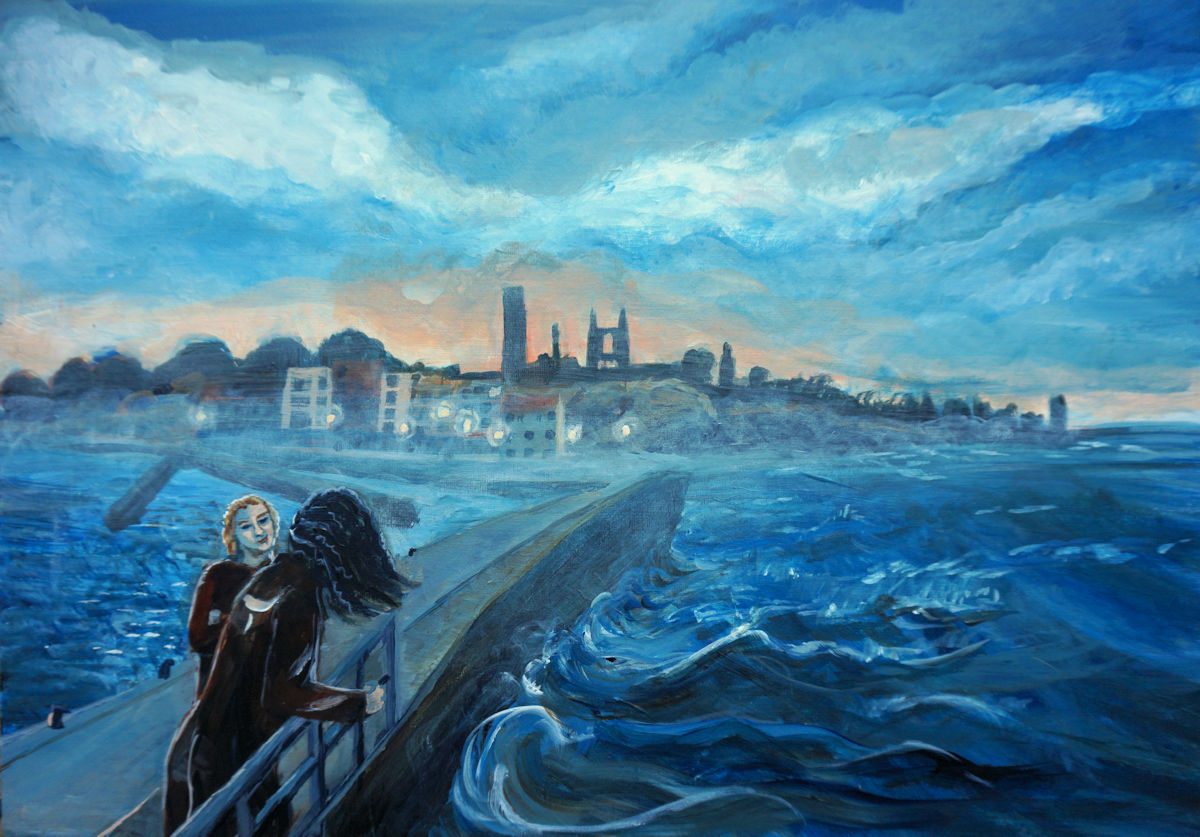 This was painted as an illustration for a scene from a fanfic by  Narya_Flame: The Ways of Paradox.  It’s set in modern St Andrews, Scotland. It’s a gentle and delightful story where Maglor from the Silmarillion meets some really engaging original characters, beautifully written with a real feel for both the Scottish setting and also daily university student life.

This painting is of a scene where  Maglor & Claire talk at dusk at the end of the pier while the wind blows wildly.  I actually painted the figures twice: the first attempt was this one, but I felt the figures were a bit awkwardly located, so I moved them left a bit. This did mean I had to re-paint Claire’s face, and of course it didn’t quite come out the same.  But I think the final version, above, is better in terms of composition… 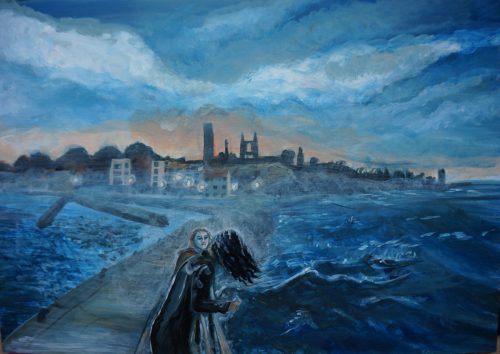 The next one is an entirely fantasy scene, set on a beach beyond the world, where the sea shines blue beneath the stars.

Angrod, Aegnor and a mermaid friend on the beach near Alqualondë. They were building sandcastles with Finrod and Turgon, but it all got a bit intense and competitive so Angrod and little Aegnor decided to go off and talk to a mermaid in the phosphorescent sea instead.