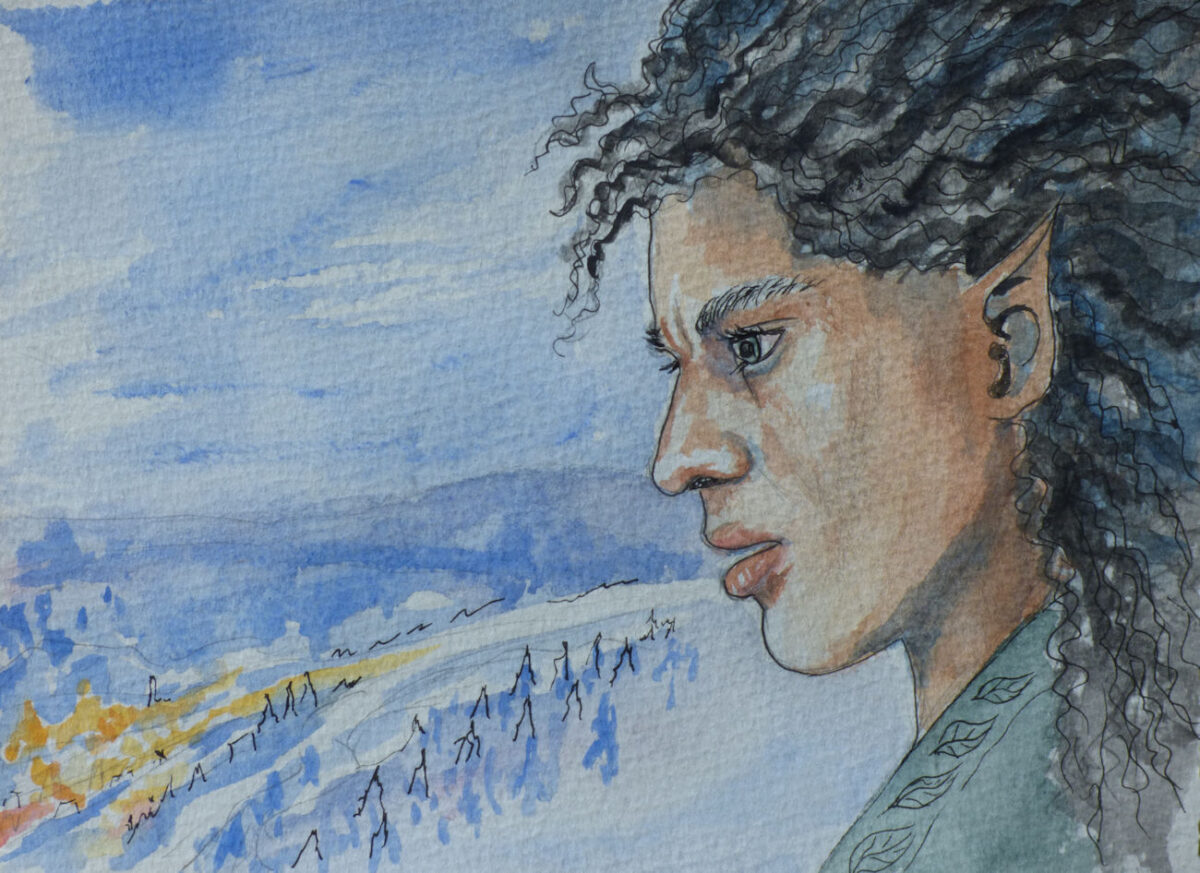 I’ve been watching the new Amazon Rings of Power series, and I was taken with the character of Arondir, the stern-faced Silvan elf soldier who is captured by orcs.  One detail mentioned about him is that he was born in Beleriand, so I thought I’d paint a few pictures of him growing up there. 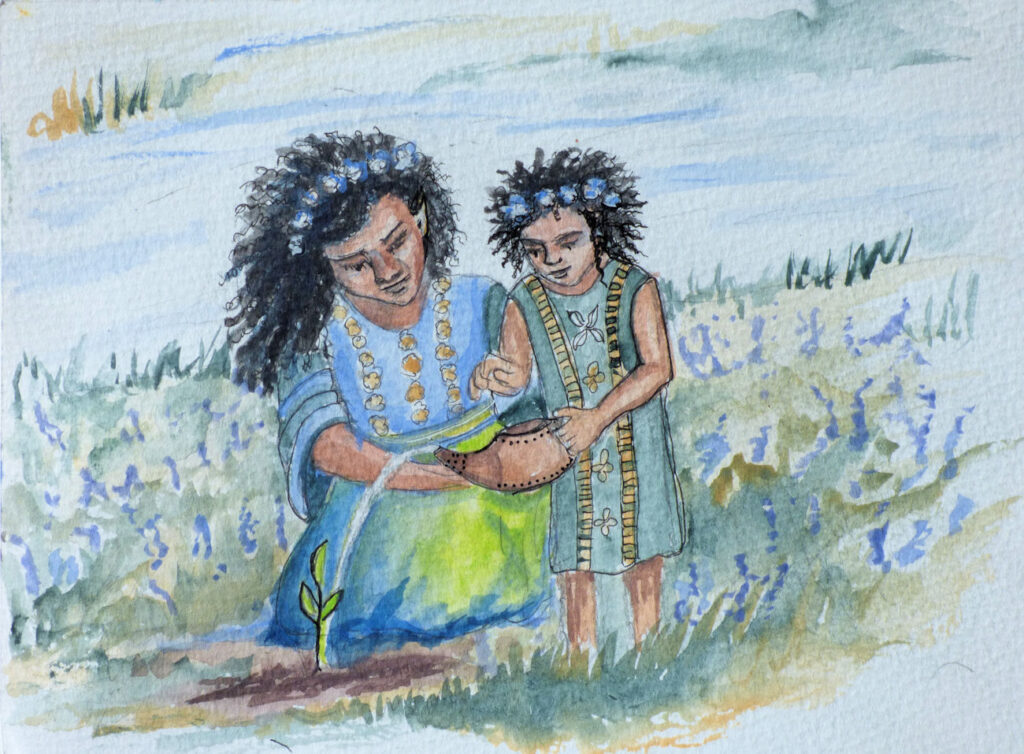 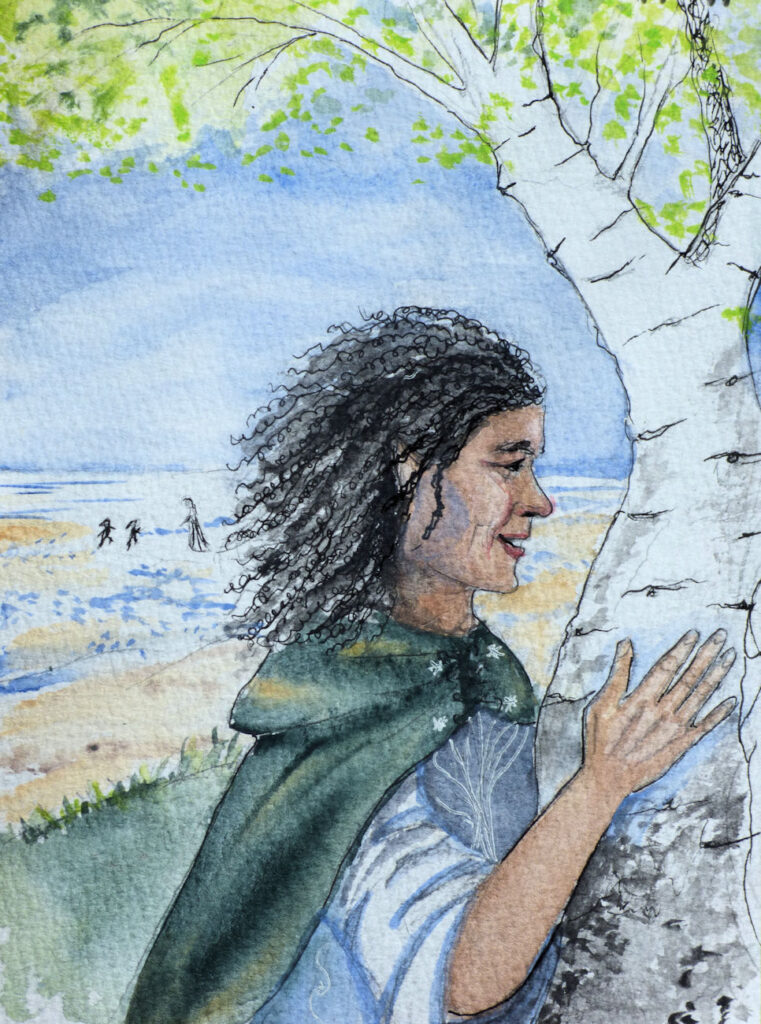 The last image is of the war that brought an end to Beleriand and Arondir’s home. 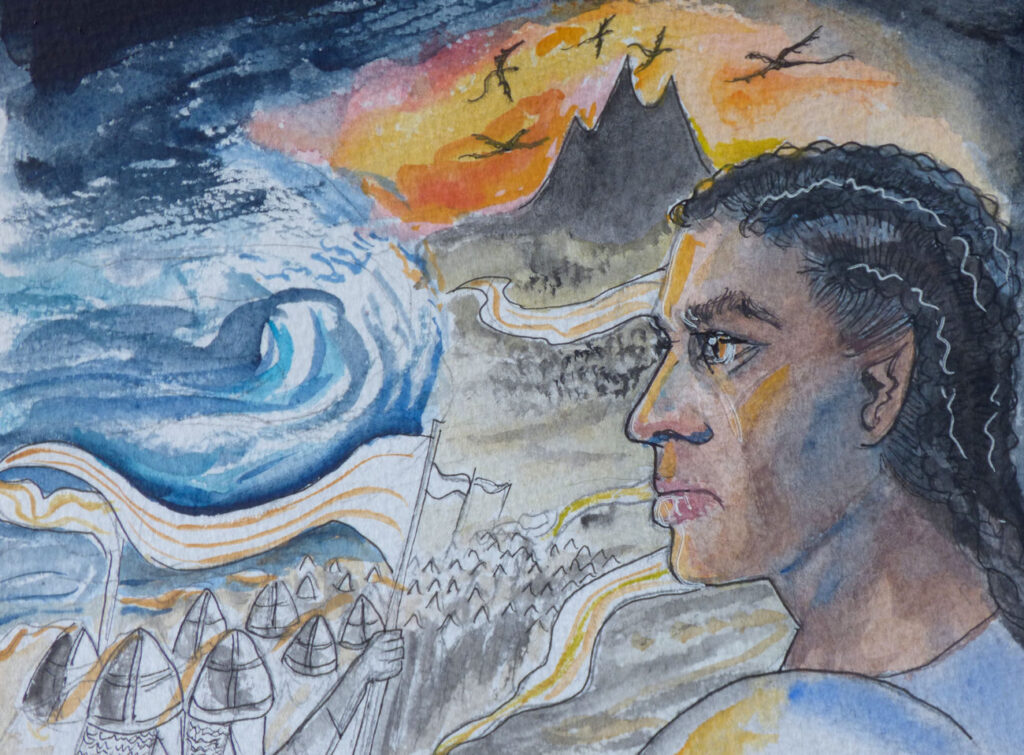