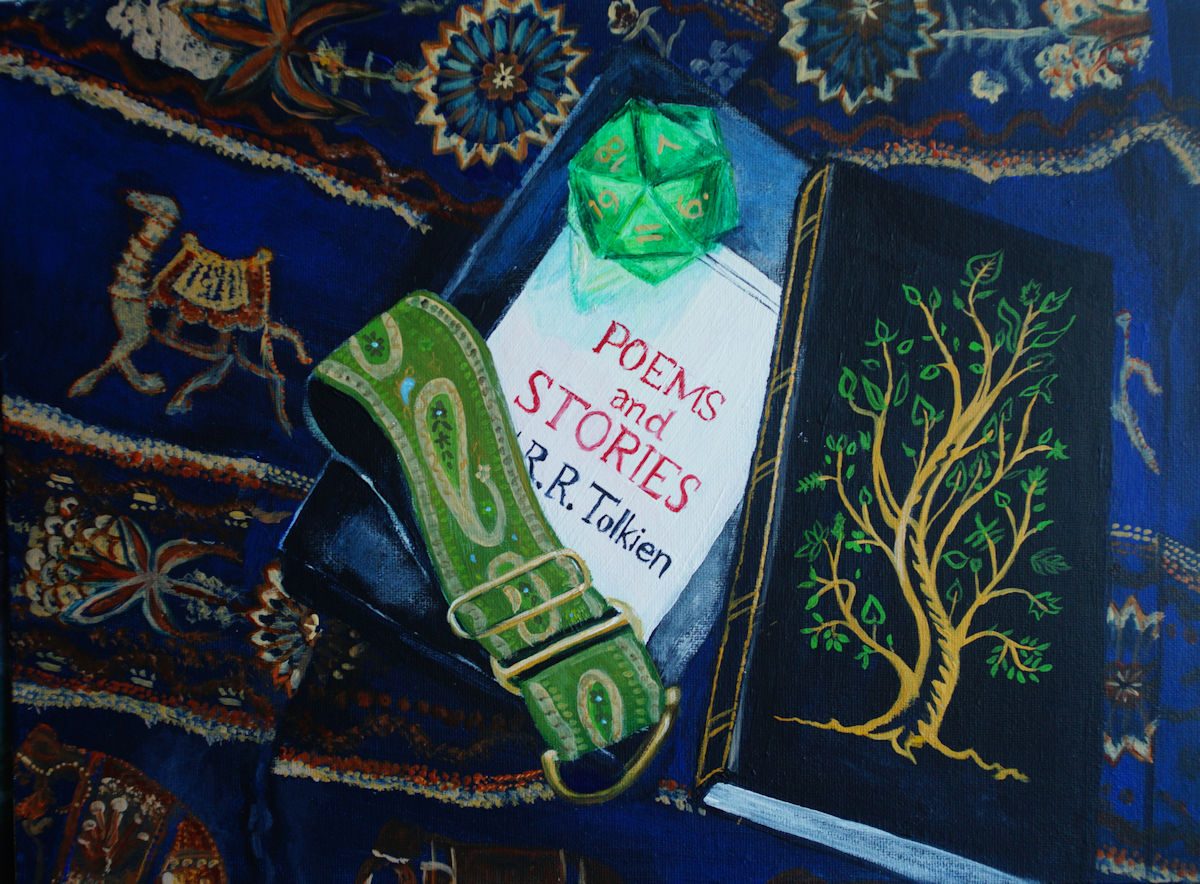 I’ve been trying out painting things that are transparent or watery.  Here’s a leaf with water droplets that was a lot of fun to paint. 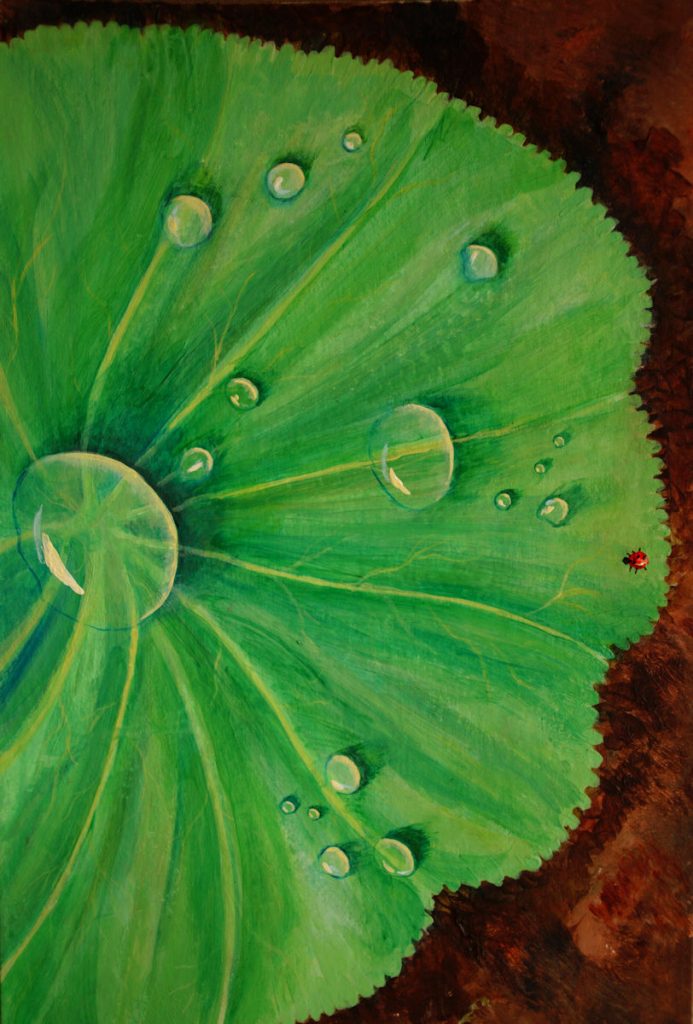 I decided I’d extend the technique and make some bubbles over a landscape (I painted the landscape a few years ago, it’s a view looking out across the Tamar towards Dartmoor.  I felt it needed something to add interest!). 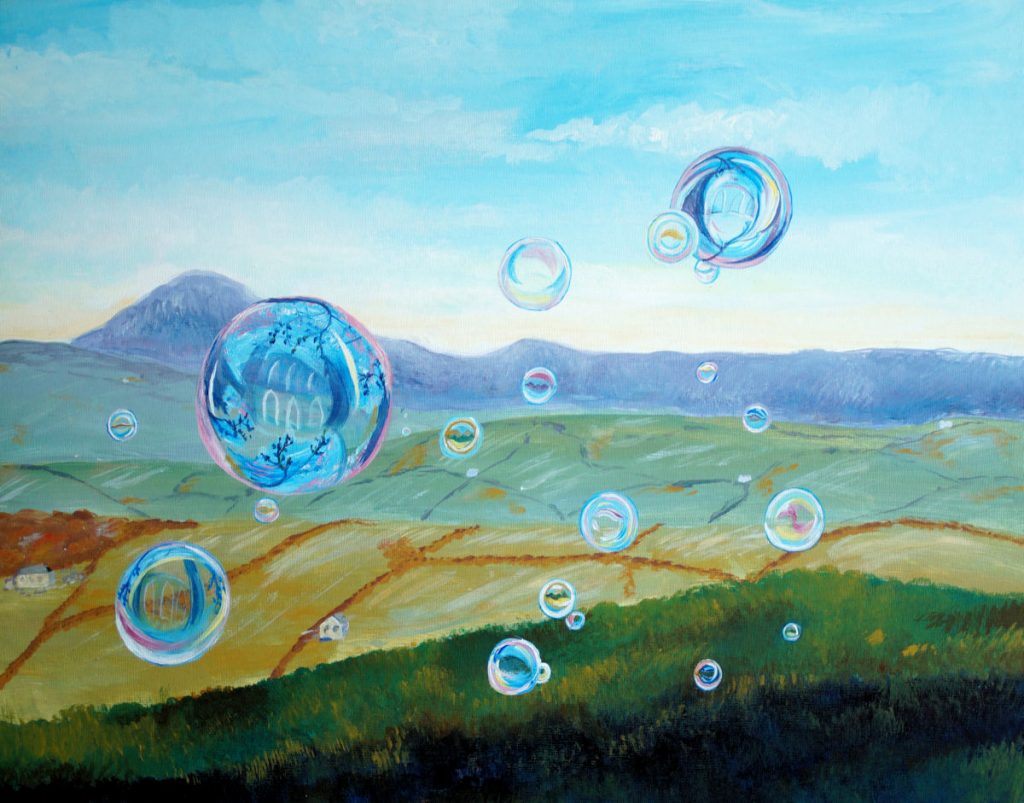 And finally, a still life, with a giant dice (a 20-sided one for roleplaying games). I was really pleased at how this came out! 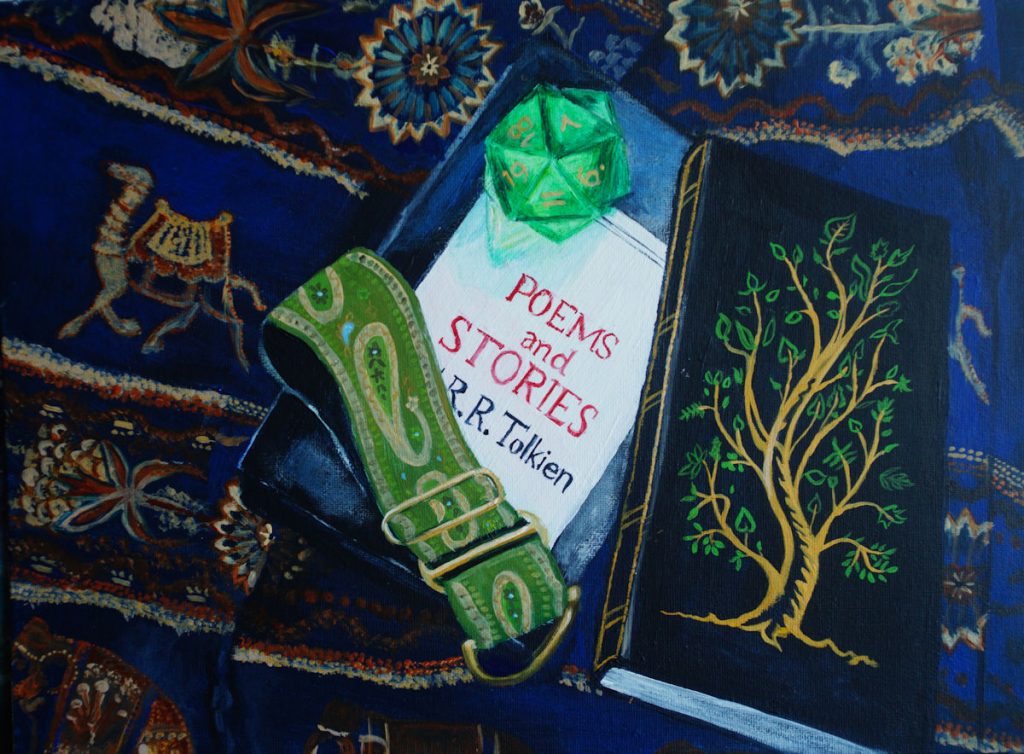 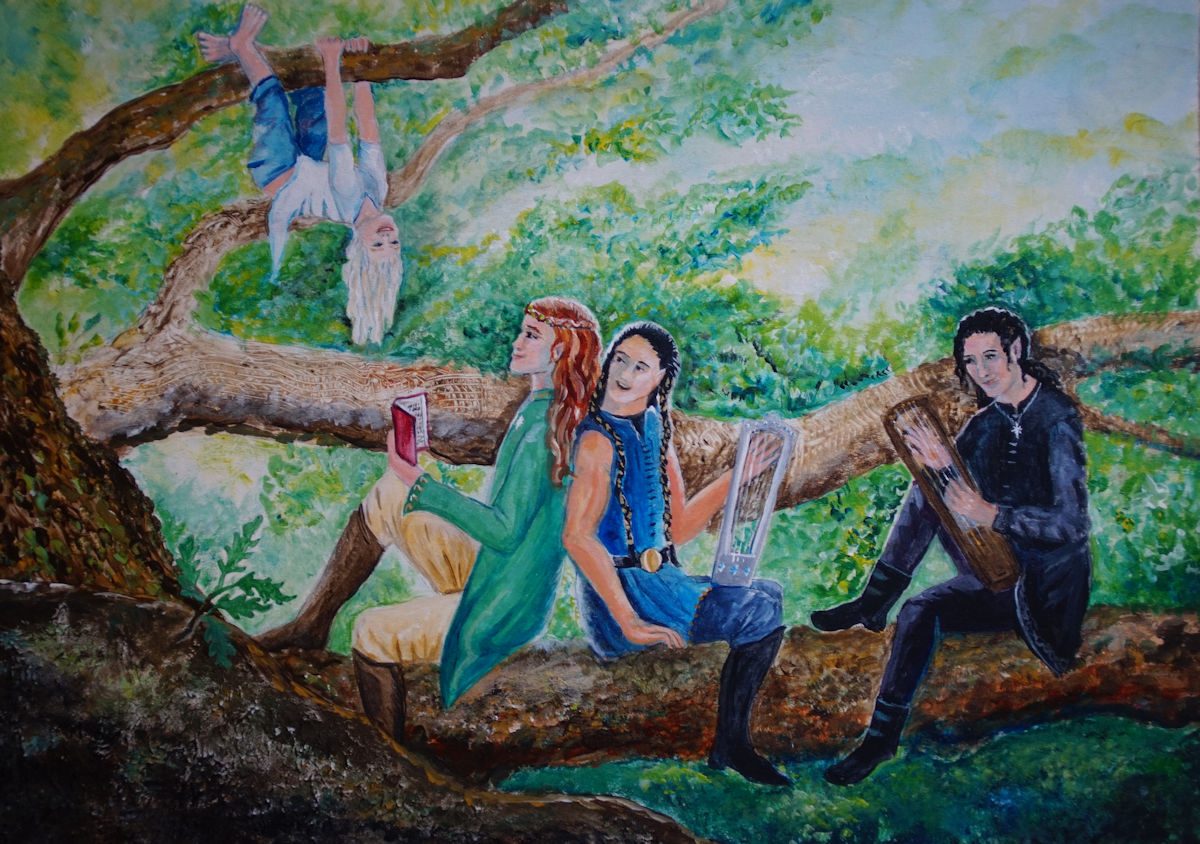 These five pieces were painted in reverse order: the bottom one was the first I painted, and the concept developed as I went on painting.  The idea was to paint all the members of a growing family of Elves – of course, they are immortal, so once they are grown-up they all look the same age.

These are all inspired by JRR Tolkien’s The Silmarillion.  They are Elves of the House of Finwe, in Valinor at the start of Quenta Silmarillion. 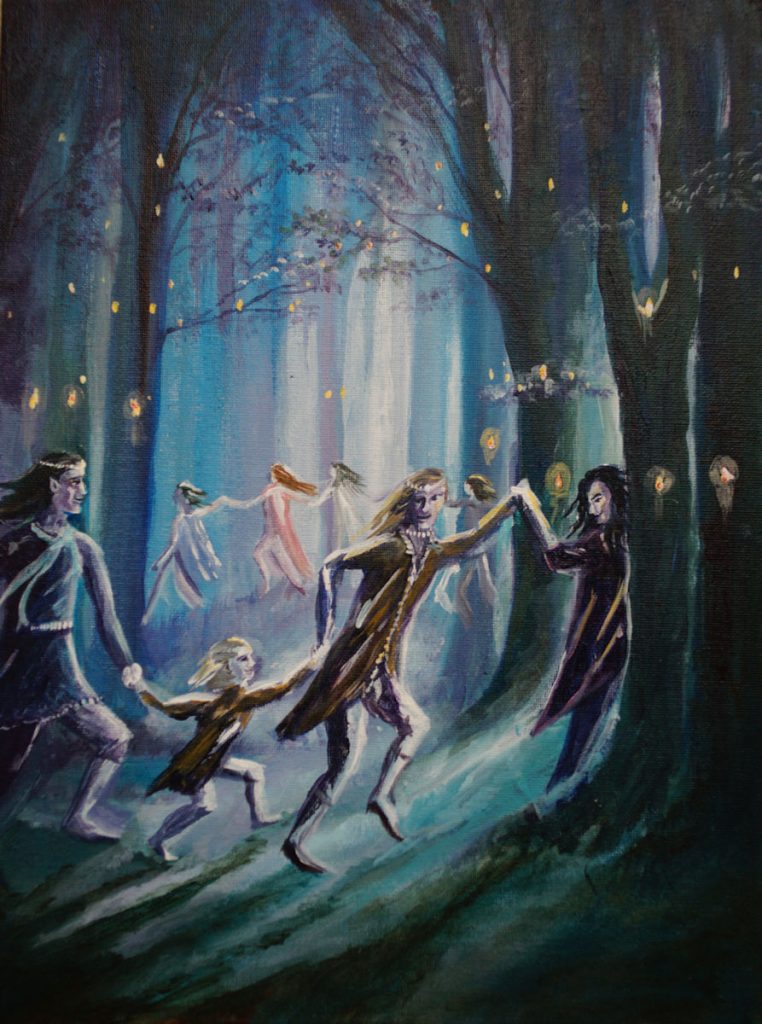 Elves Dancing in the Woods: left to right, Turgon, little Aegnor, Finrod, and Maglor.  (yes, I know they would be going by Quenya names then!)  I’ve re-painted the faces since I made this, I should re-photograph the work. 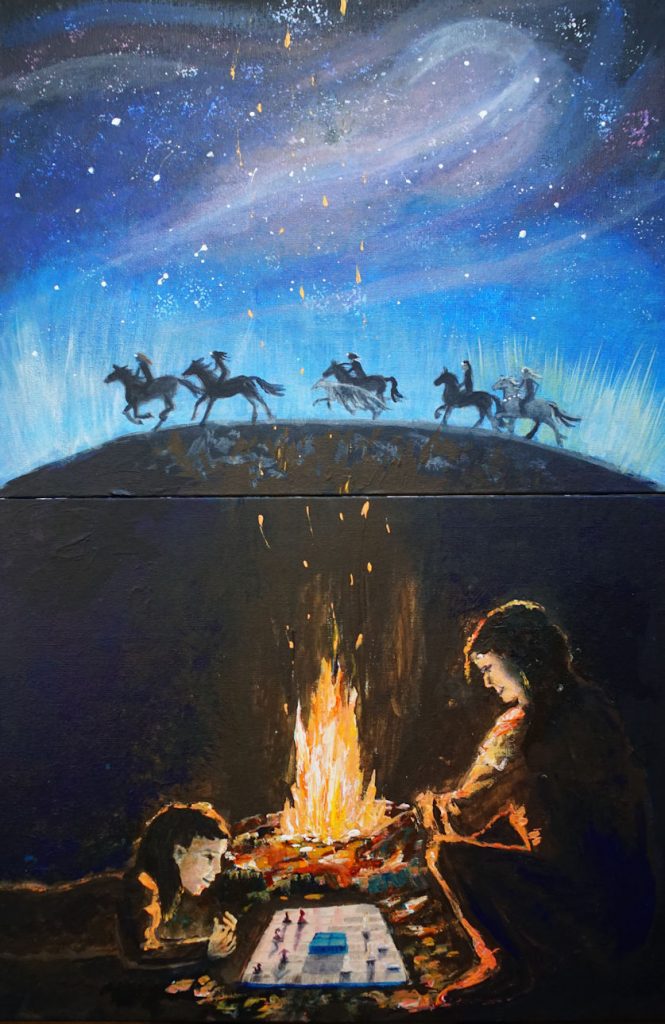 Here are Maglor and young Caranthir playing a board game, while their brothers ride along the skyline. This is a double panel, two pictures designed to be mounted one above the other. 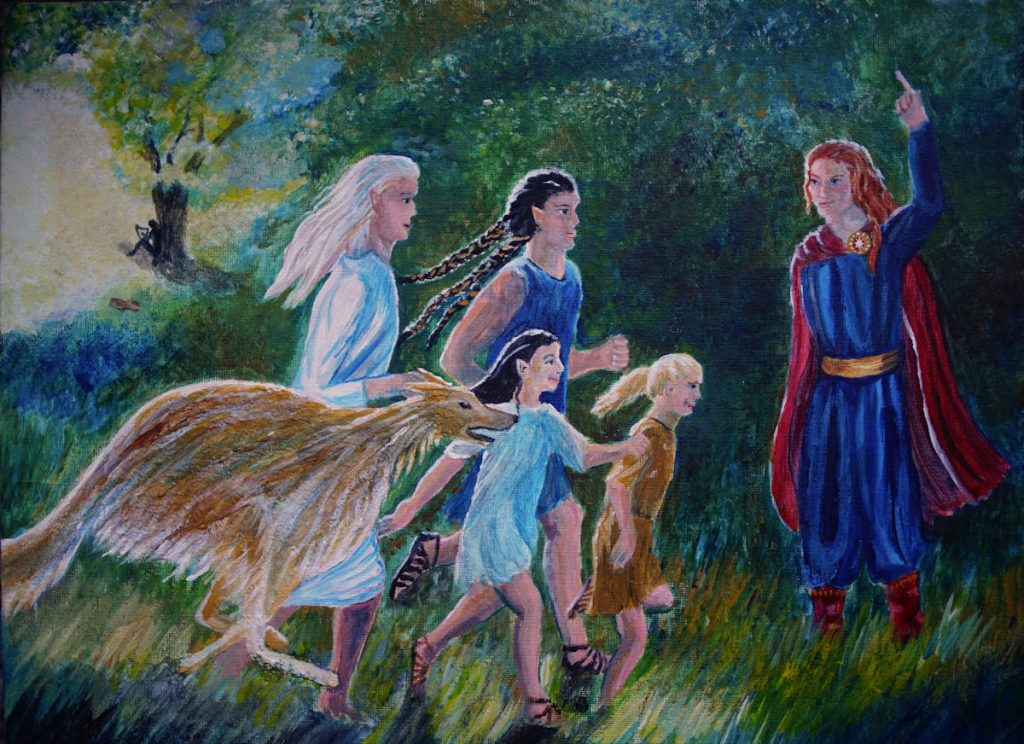 And this is Huan, Celegorm, Fingon and small Turgon and Finrod having a race, while Maedhros acts as the finishing line. 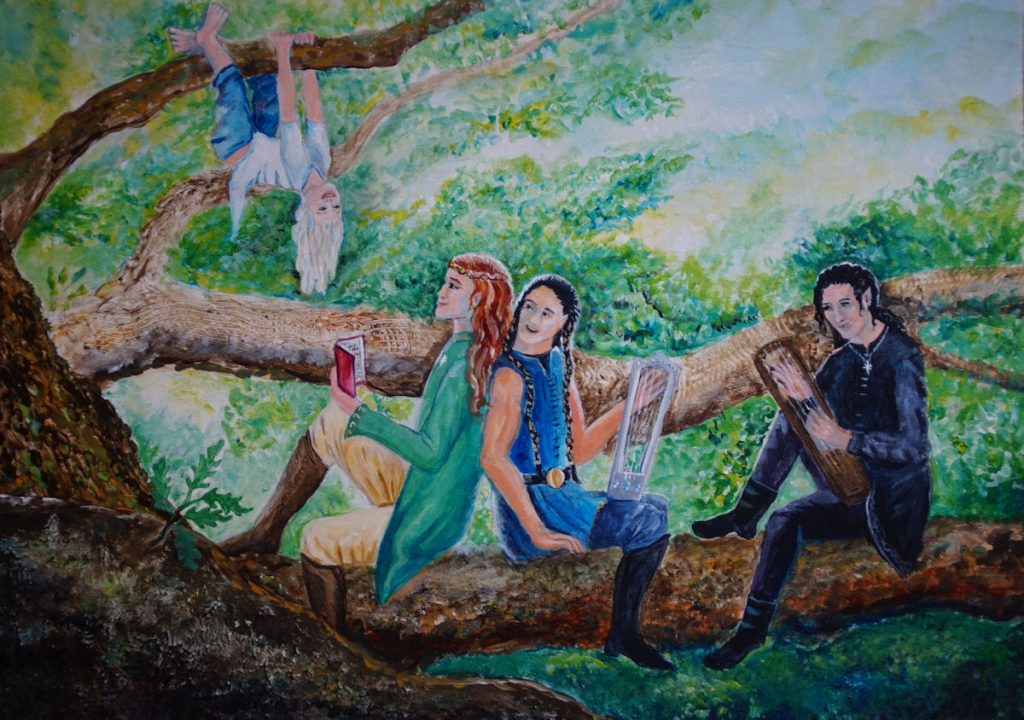 I call this one ‘Music Lesson in a Tree’ – in theory, Maglor, on the right is giving Fingon, in the centre a lesson in playing the ‘hearpe’ or Trossingen Lyre.  But Maedhros has come too, and little Celegorm is trying to distract everyone! 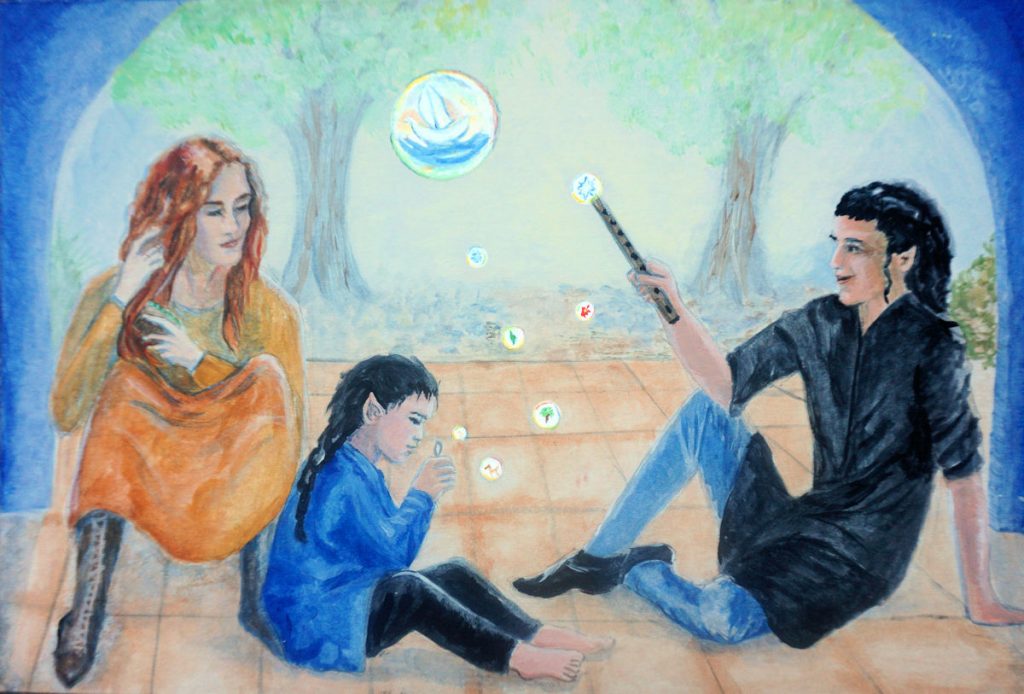 And this was the first one I painted: Maedhros and Maglor visiting young Fingon.  I still like little Fingon in this, though I think the quality of the rest of my painting has definitely improved since then. 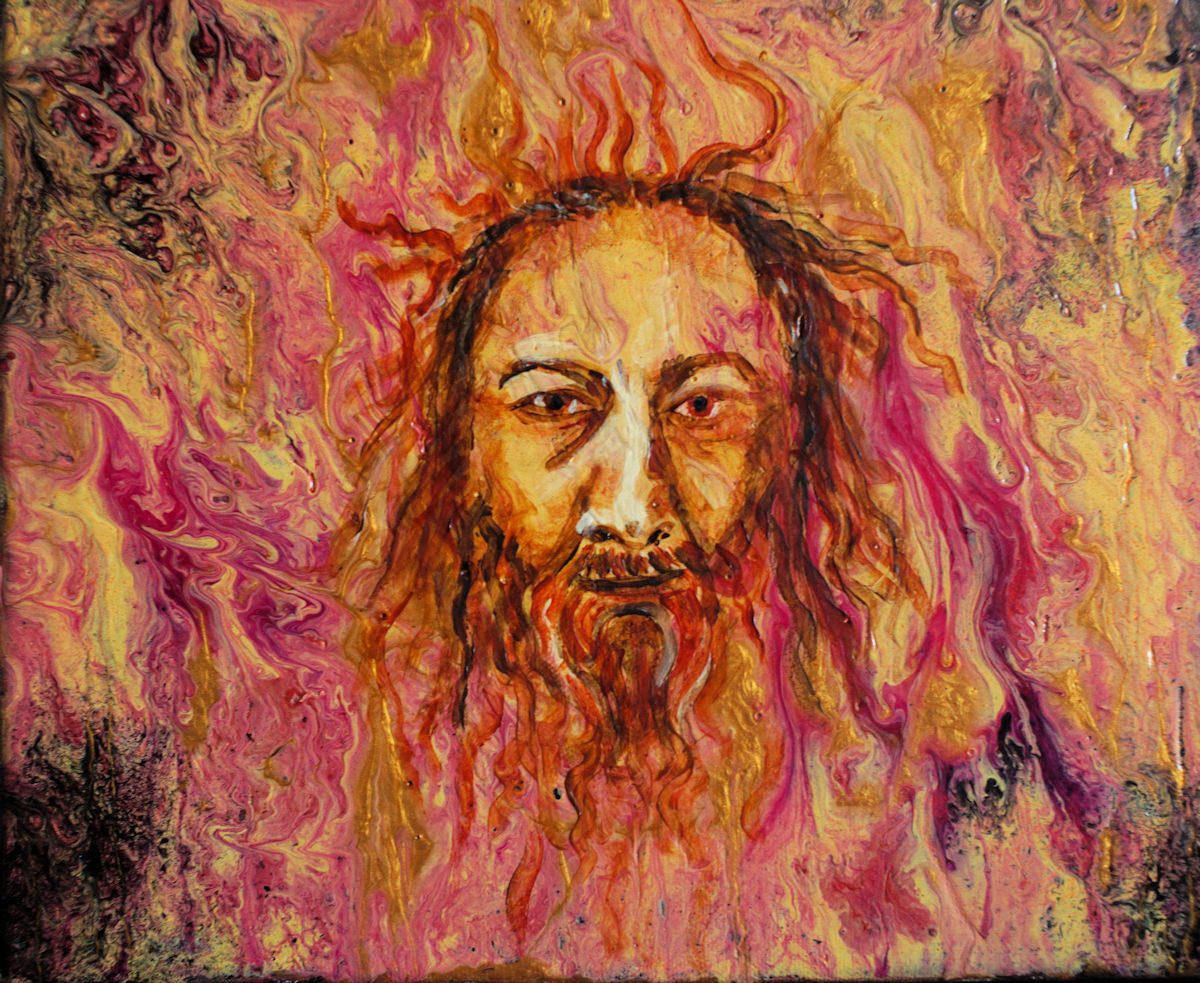 Here are four works inspired by JRR Tolkien’s Silmarillion, created in poured acrylic. I add the faces and details once the pouring stage is complete. 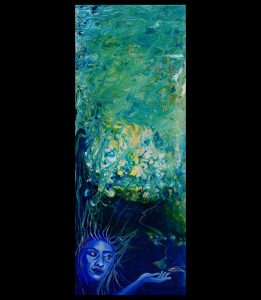 To paint Morgoth, I used black india ink and pouring medium with yellow, red and metallic gold paint, so that the Mightiest of the Dwellers in Arda catches the light and sparkles. Manwë is a little more subtle, but there’s a hint of shining bronze in the darker shades around his blue and cloudy form. 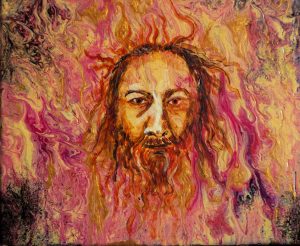 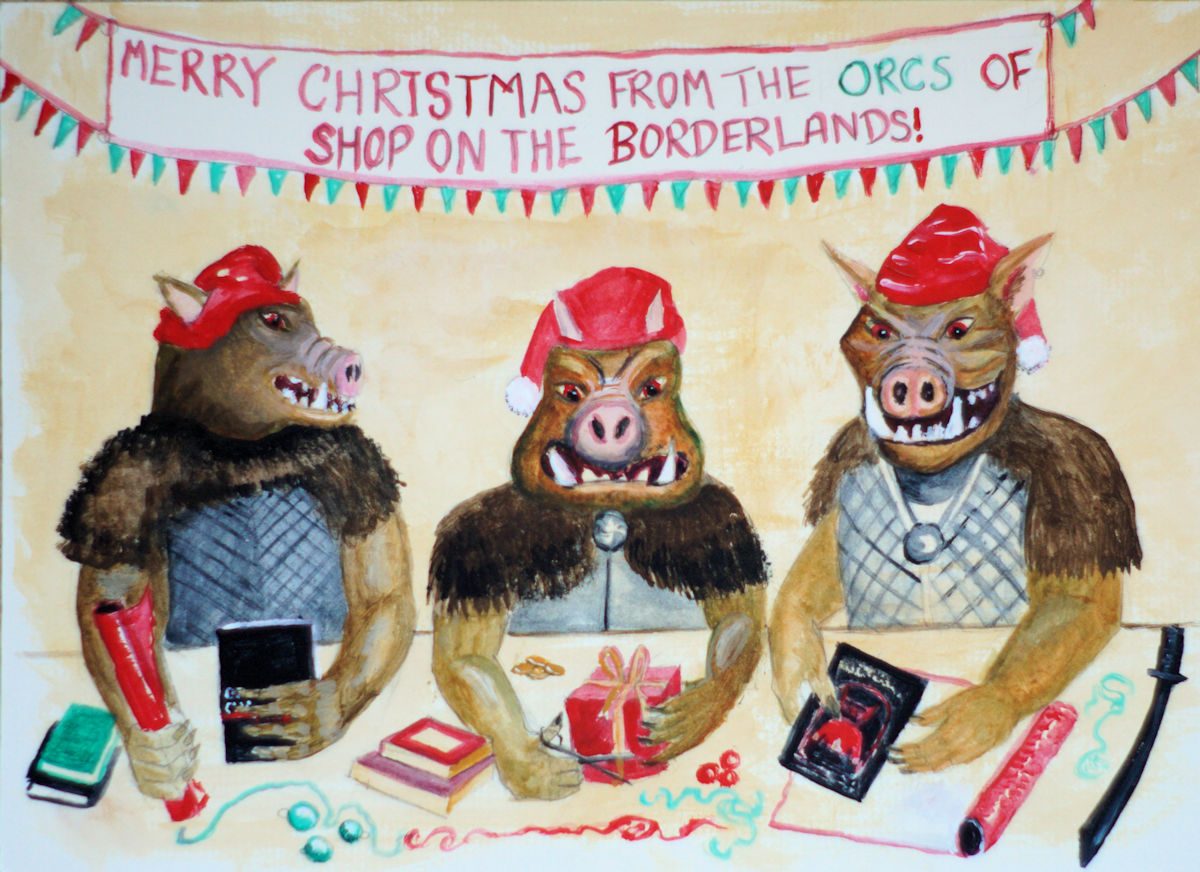 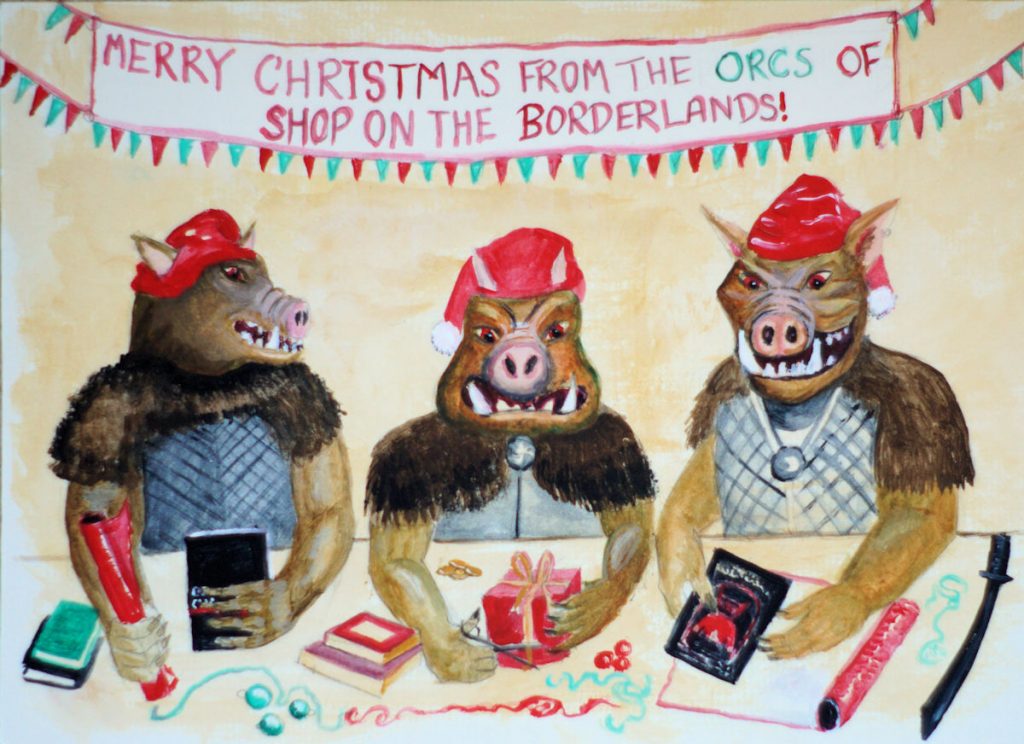 A quick painting done for Shop on the Borderlands: an online shop selling roleplaying and boardgames.