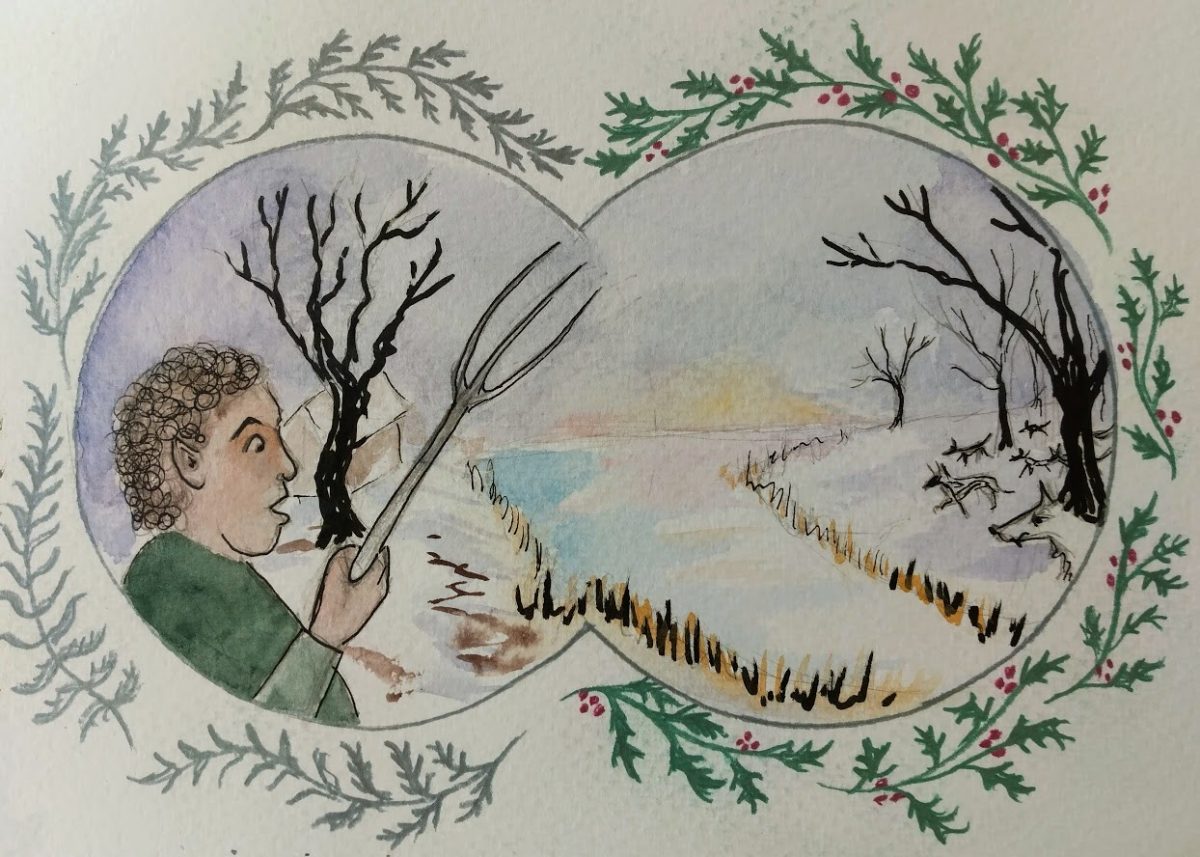 I made this for the Scribbles and Drabbles 2022 event by @fall-for-tolkien on Tumblr and it came out better than expected, so I ended up doing more detail than I’d originally thought.

It was vaguely inspired by this quote from Gandalf, about Hobbits in the Long Winter, 2758-2759:

“I began to have a warm place in my heart for them in the Long Winter, which none of you can remember. They were very hard put to it then: one of the worst pinches they have been in, dying of cold, and starving in the dreadful dearth that followed. But that was the time to see their courage, and their pity one for another. It was by their pity as much as their tough uncomplaining courage that they survived. I wanted them to survive.”

Although it could also be the later Fell Winter, (T.A. 2911 – 2912), when the Brandywine river froze over, and white wolves invaded across it, and Gandalf and the Rangers helped the Shirefolk by bringing them food.

When I drew this I wanted to put some ornamentation around the two circles, and I chose ice-covered fern leaves for the hobbits, because of their skill in disappearing and the old story about how fern seed magically makes people invisible.

Then I needed something for the Wild Wood Across the River side of things, and I picked holly, because it’s a plant that is green with berries in mid-winter.  But of course, holly is the sign of Eregion too, so it might be that the wolves are possessed by dead spirits out of Eregion.

Or maybe the Rangers use the berried holly in its traditional role as a charm against witchcraft?

Anyway, I don’t know if anyone will pick this one to write for, but if they do, I’ll be interested to see what they come up with!