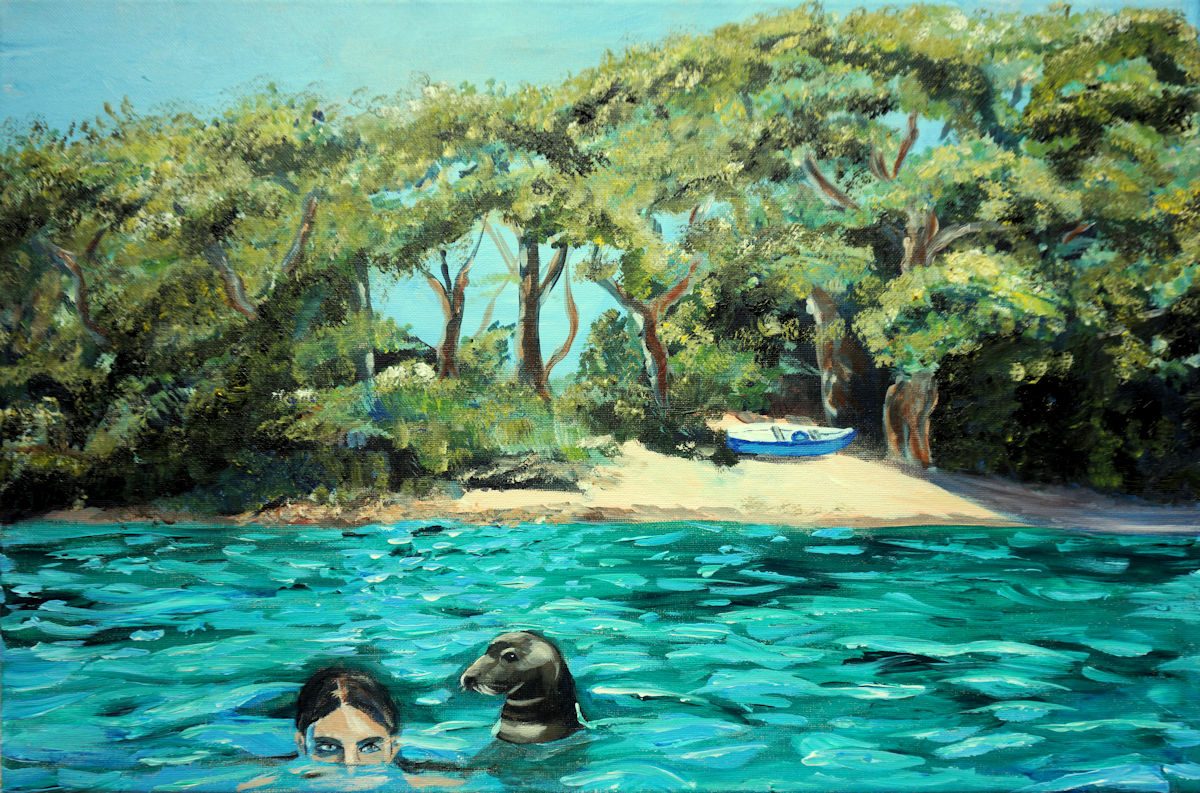 This painting was inspired partly by the work of Joaquín Sorolla, ‘Spanish Master of Light’ whose work is being shown in a major exhibition in London this year, and partly by a photo that I took while I was canoeing on the Helford estuary in Cornwall.  The Helford river is rather lovely because the water is very clear and green, unlike my local river, the Tamar, which tends to be a bit brown in her upper reaches.   I added a seal and a swimmer : the seal is a grey seal, but I’m not sure what their story is!

This is a larger painting than usual: A2 size, and it’s on a box canvas so I finished it by wrapping the paint around the edges.