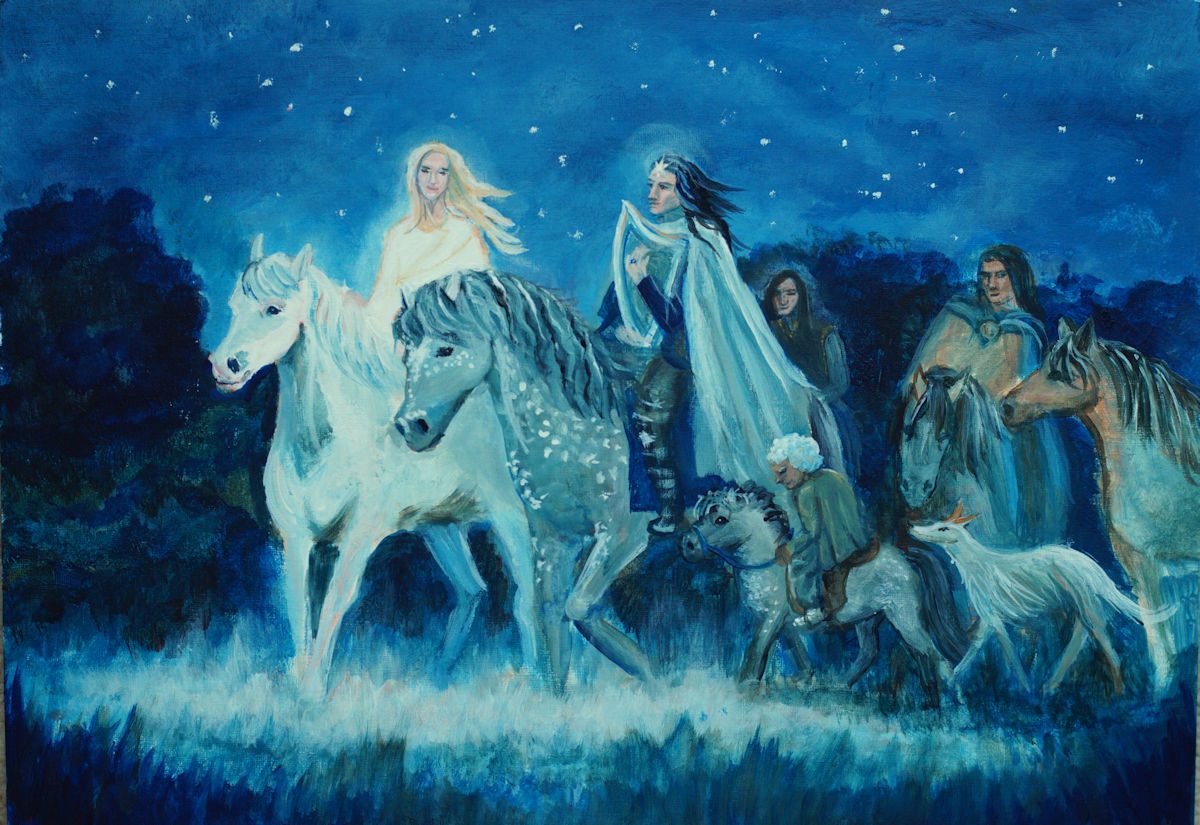 “Frodo and Sam halted and sat silent in the soft shadows, until they saw a shimmer as the travellers came towards them.

There was Gildor and many fair Elven folk; and there to Sam’s wonder rode Elrond and Galadriel. Elrond wore a mantle of grey and had a star upon his forehead, and a silver harp was in his hand, and upon his finger was a ring of gold with a great blue stone, Vilya, mightiest of the Three. But Galadriel sat upon a white palfrey and was robed all in glimmering white, like clouds about the Moon; for she herself seemed to shine with a soft light. On her finger was Nenya, the ring wrought of mithril, that bore a single white stone flickering like a frosty star. Riding slowly behind on a small grey pony, and seeming to nod in his sleep, was Bilbo himself.”
—
Return of the King : The Grey Havens

This is an A3 sized painting in acrylics on artboard. It was actually painted in September but I’ve only just realised I didn’t upload it here! 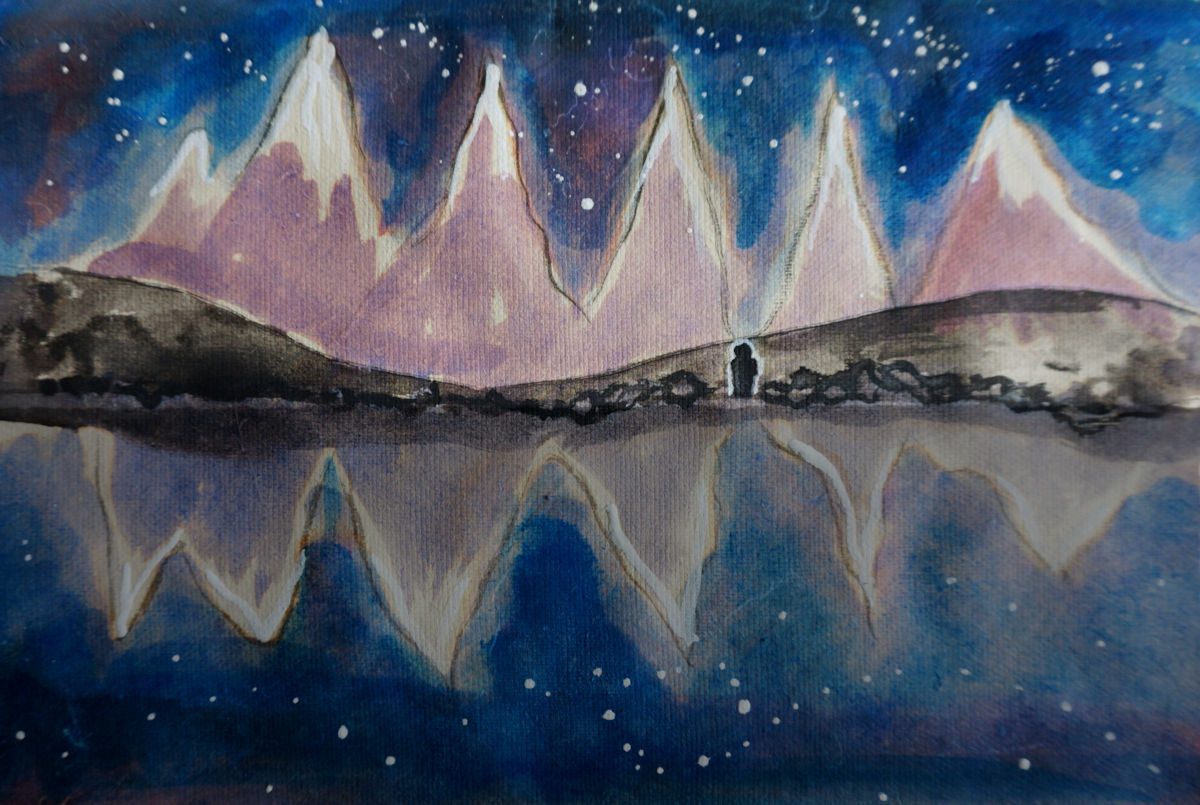 Since I’ve been doing some ink-painting and drawings in ink recently, I decided to attempt the Inktober challenge, and do a drawing a day.  Because of the need to make something very fast,  some of these have been slightly tweaked in software once photographed. 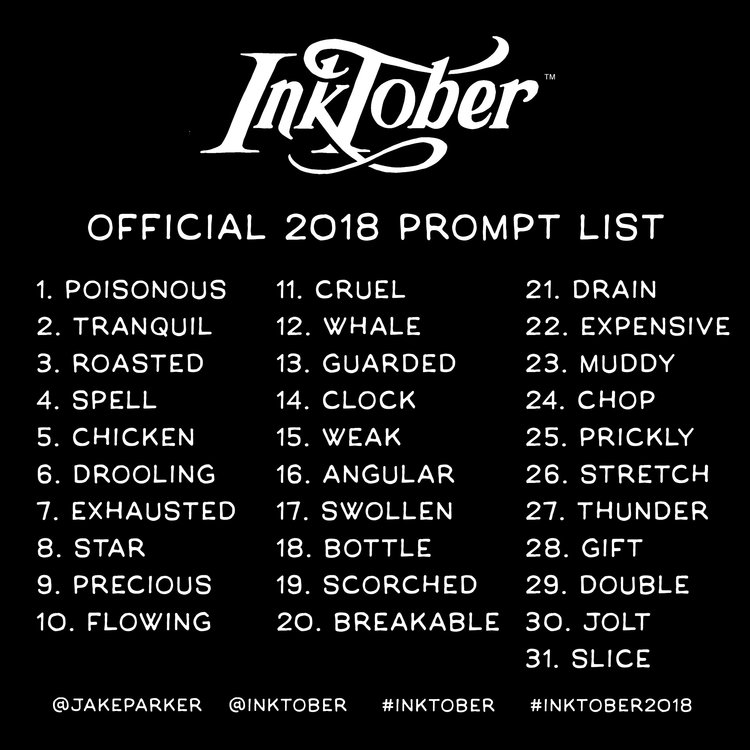 Day 1: a slight cheat, since I made this earlier.  The prompt was ‘Poisonous’. 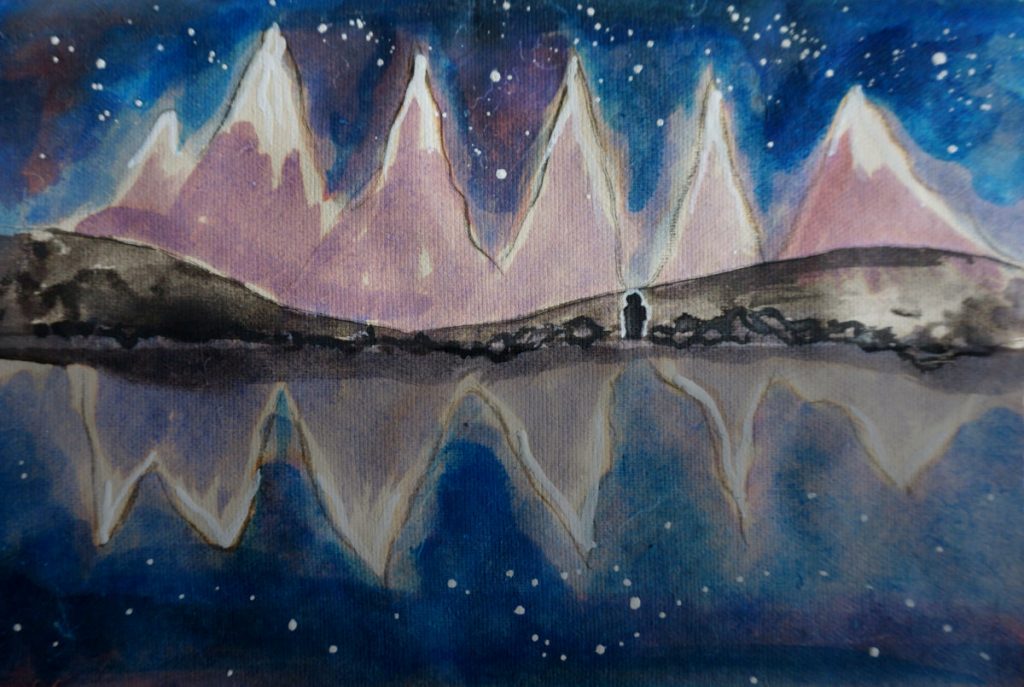 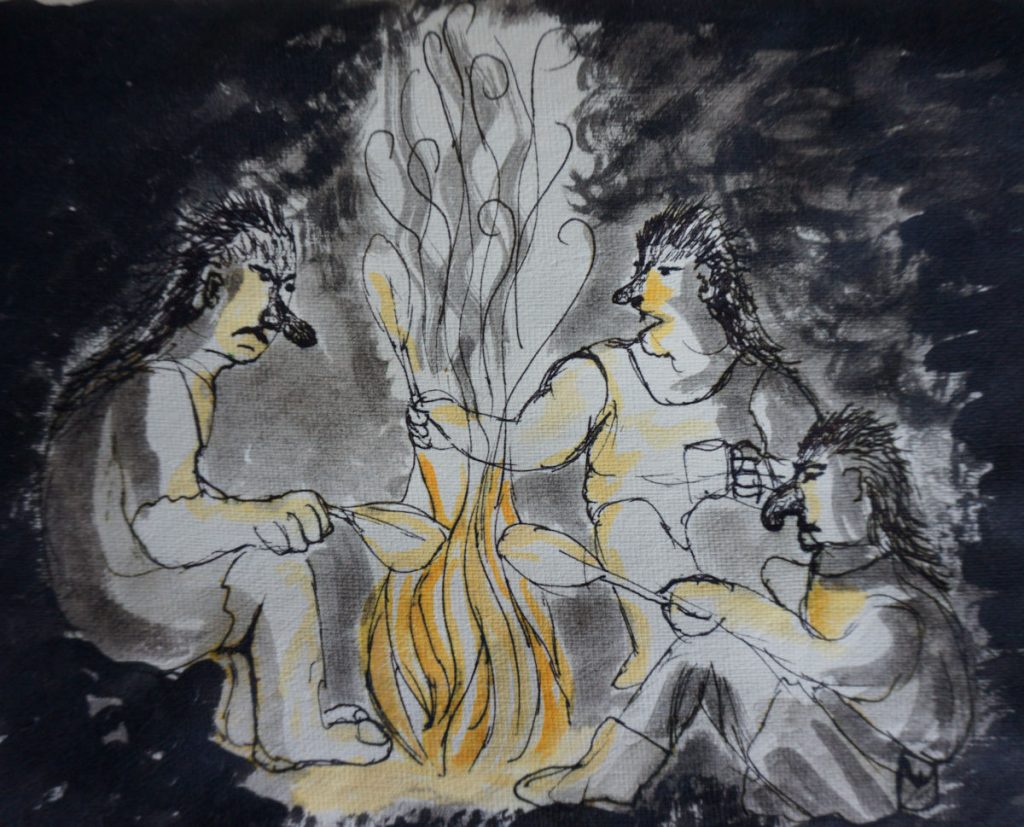