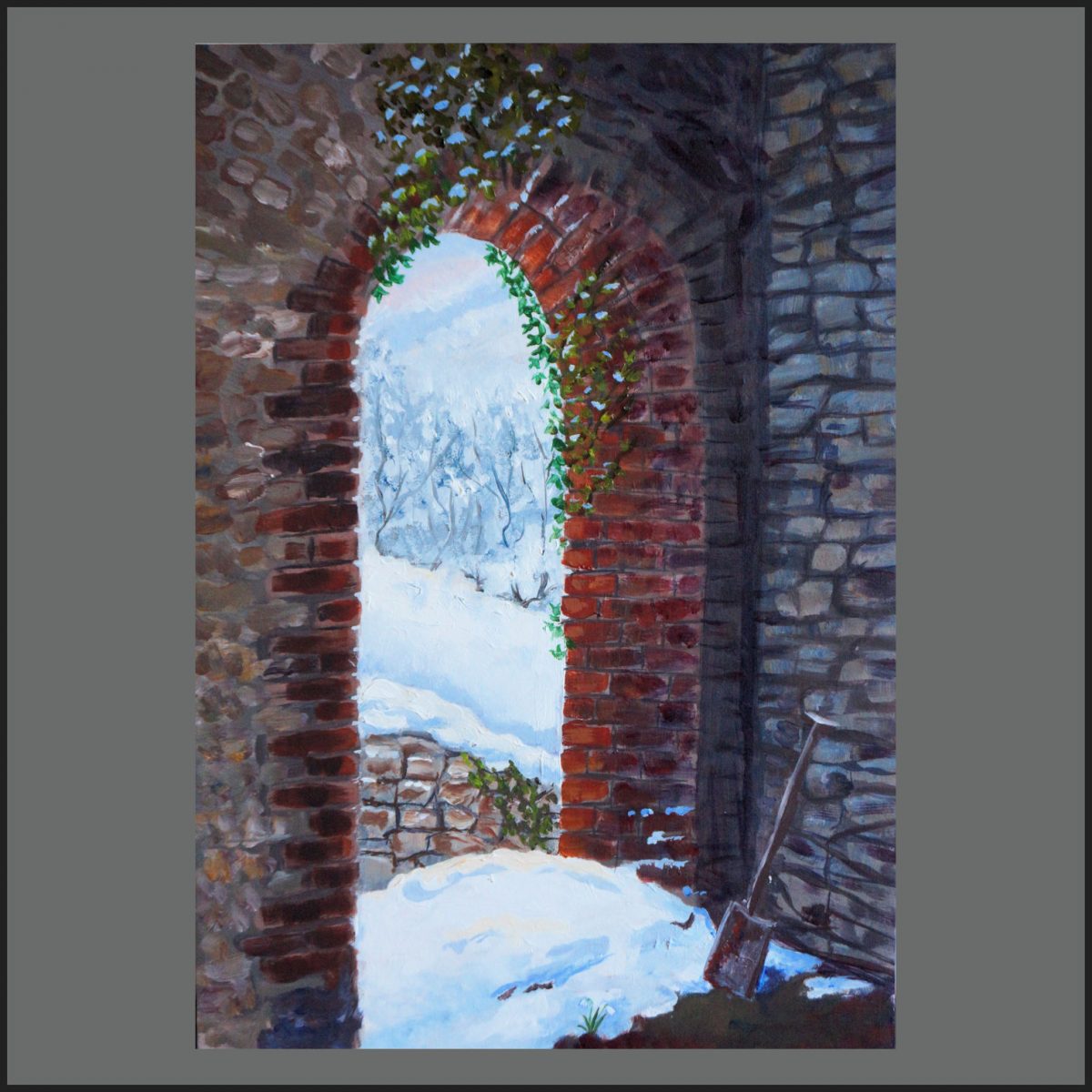 I painted this from a photo that I took in January 2019 – the Tamar Valley in Cornwall where I live doesn’t get a huge amount of snow, so when it does, everything stops because the roads are icy!   So I walked with my dog up to the top of Hingston Down to take photos of the mine in the snow.

It was a rather gloomy day, so I’ve adjusted the lighting here to make the brick warmer and more interesting, and added an old shovel. 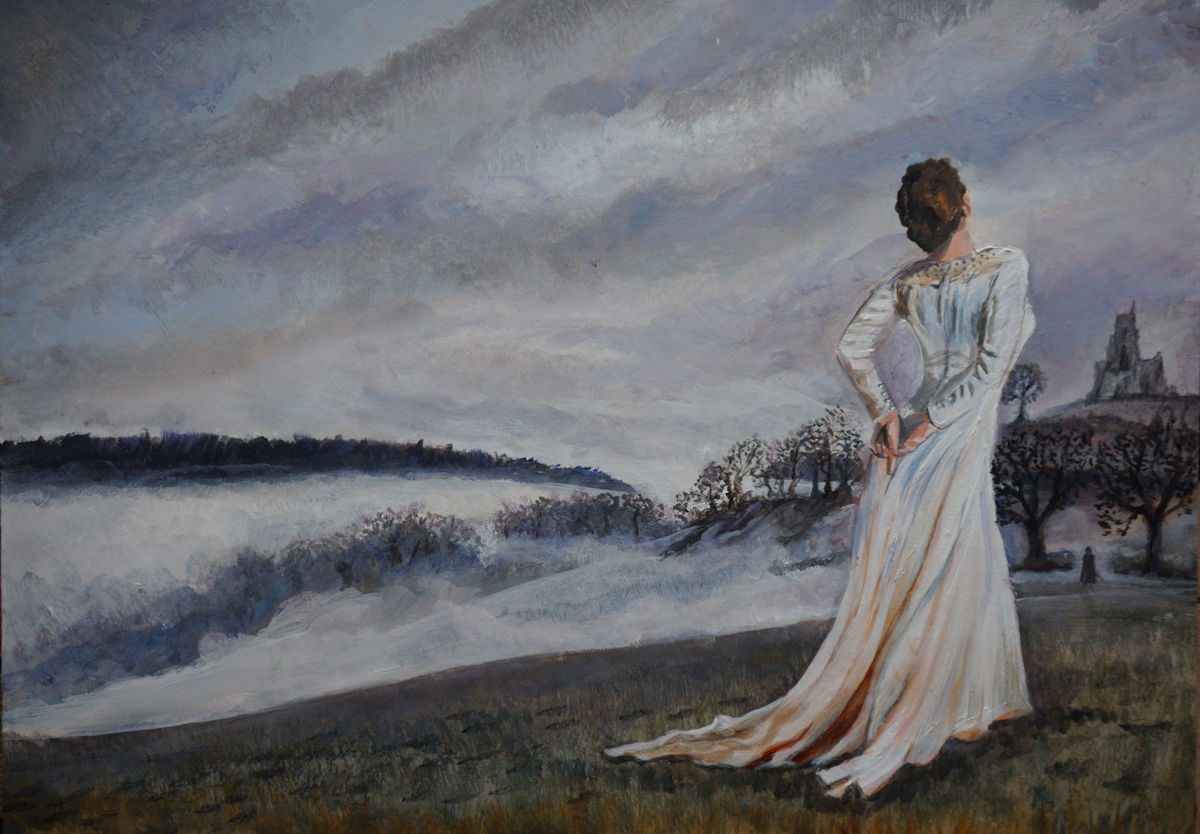 I made this painting to practice painting mists, and also folded fabric, but I rather like the result!

The figure is taken from a stock photo by Marcus Ranum, the landscape is one I photographed in the Tamar Valley, and the general idea was inspired by the Ravenloft setting for D&D. 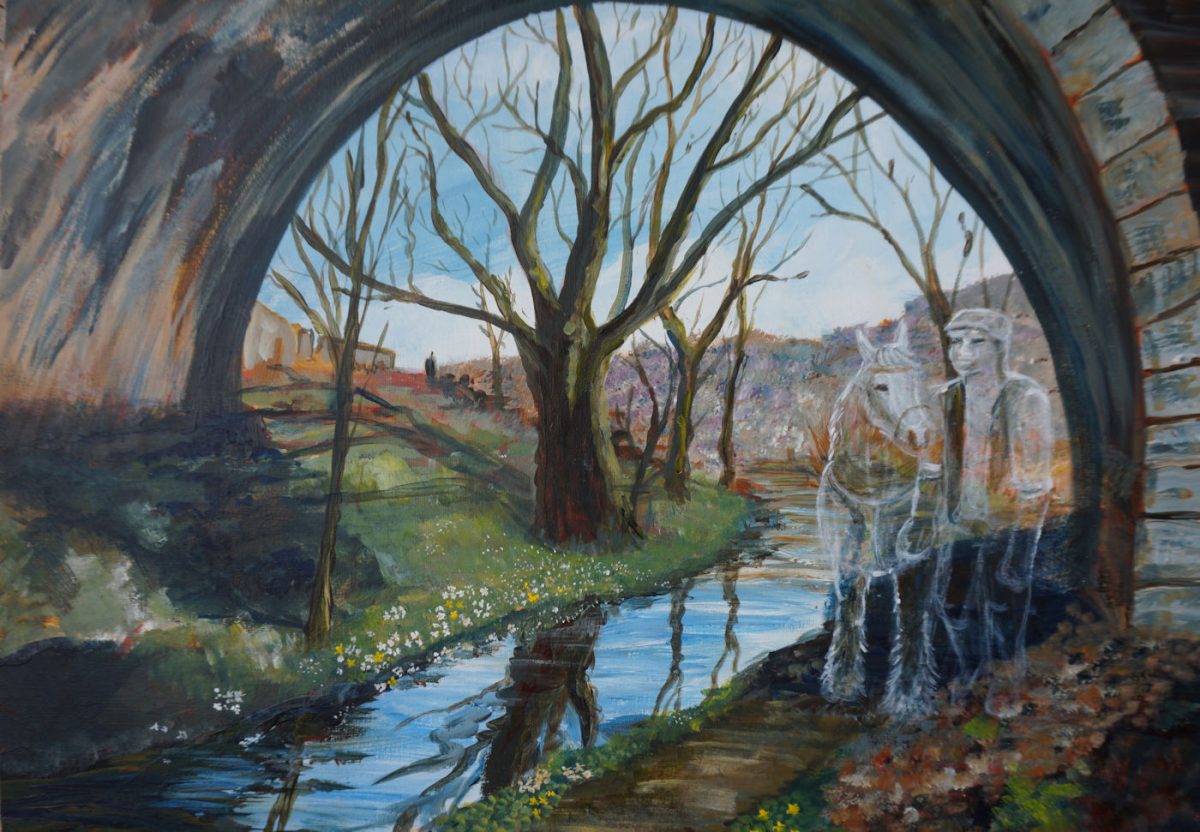 The ghosts of two Balmaidens (female mine workers) haunting the ruins of Gunnislake Clitters Mine, not far from my house!  Balmaidens often started work as children.

This was inspired by a challenge to paint inspired by the words  ‘zeitgeist’, ‘ephemeral’ or ‘subliminal’.  I thought of approximately 999 very depressing things I could paint for those words, but I wanted to paint something more cheering, so in the end I went for ‘Ephemeral’ and painted one of our old copper & arsenic mines which were once both deadly and blighting, but now are overrun with plants and beautiful in their own way.

Then I decided to push my luck and added a pair of balmaidens for ‘zeitgeist’ – either literally as time-ghosts, or in the sense of ‘well, things may not be perfect now, but at least girls are not routinely expected to take jobs working in arsenic mines at the age of 7 or 8 years old’.   I used some of the photos on http://balmaiden.co.uk/ for clothing/ tools reference.

This is an A3 painting in acrylic on artboard.