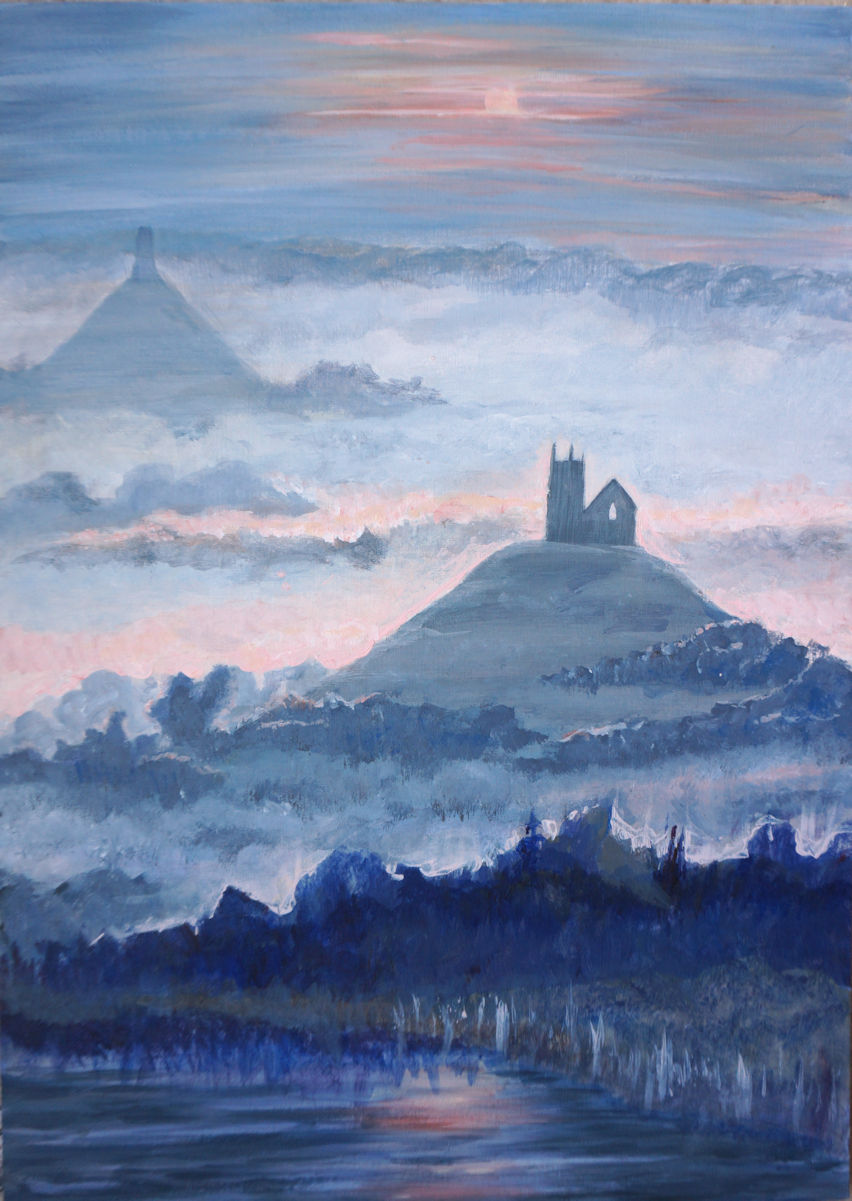 This picture is based on modern Glastonbury Tor and Burrow Mump (the foreground hill with the attached church) but I’ve changed things around a little. I thought I had added the water in the foreground for a more ancient and Arthurian feeling, but later I discovered that there actually is a water on the land under Burrow Mump after all, though I’m not sure you can see it all together like this from any one viewpoint now. Perhaps before the land was drained and the more recent church (now ruined) built on Burrow Mump?

This is an A3 sized painting in acrylics on artboard.